Pie-in-a-Jar is as exciting as it sounds. 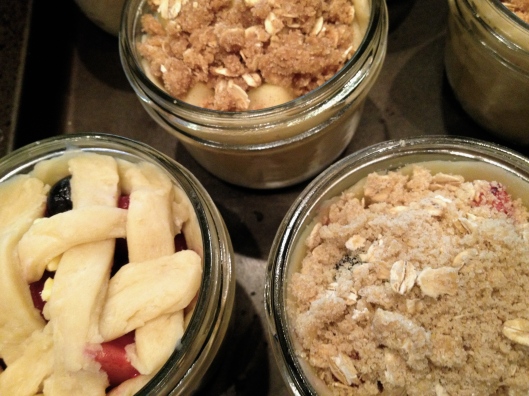 A year ago, I send some normal pie pies (as opposed to pie-in-a-jar pies) to a bake sale in Palm Springs benefitting the school I teach at. You can read that post here. This year, I was asked to contribute again to the same sale. I decided to make mini pies in jars this year after pondering the following key points.

(My points just seem to be rolling out in groups of three this evening.)

This post from Our Best Bites provided me with some inspiration, and even comes with some rather adorable labels to top your jars with. It’s worth checking out if you’re interested in making your own pies-in-a-jar. For my part, I did what I usually do…read some blog posts on the subject at hand, then decided not to follow any of the recipes after all. So, in all accuracy, I probably couldn’t replicate these exact mini pies ever again. 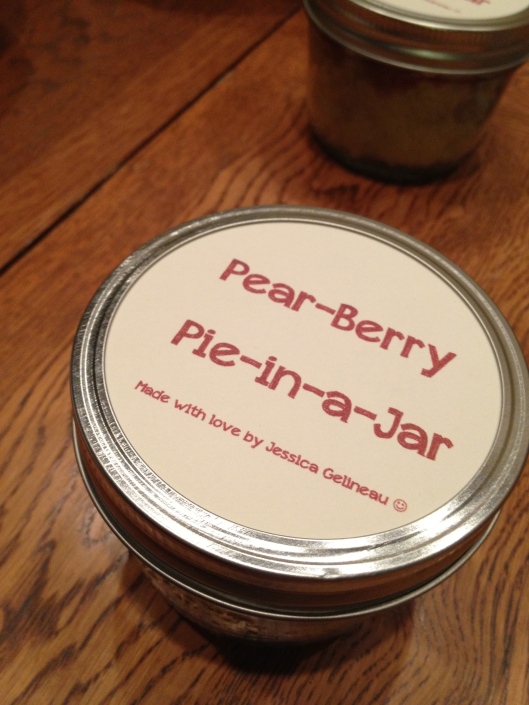 I love how they look here, all packaged up and ready to travel!

Have you ever tried baking pies (or anything else) in a jar? I would love to hear: