Levi starts to get really happy right around Memorial Day Weekend, because “It’s almost summer, and in summer the pies really pick up the pace.”

Don’t get me wrong, I love teaching. But it kind of consumes my life during the school year, and by the end of May, I am as squirmy for summer vacation as my eight-year-olds are.

LOOK AT THIS RHUBARB! Thank you, Whole Foods, for actually having some awfully decent stuff. It’s hard to come by in California.

To kick off Memorial Day weekend, much to Levi’s disgust, I made a Strawberry-Rhubarb Crumb Pie and gave the whole thing away to my cousin Alisa for her birthday. (I had made it once before.) Hope it was delicious, Jennings family!

We had guests for the long weekend, Celia and Ken from Baltimore. On Saturday night we had our first chaotic bring-something-to-share-don’t-mind-the-mess-or-the-dog-he-just-wants-to-eat-all-your-food barbecue on the patio. Good times. For this event I did make a new pie…Three-Berry Shortcake Pie. Man, berries are just SO delicious at this time of year. 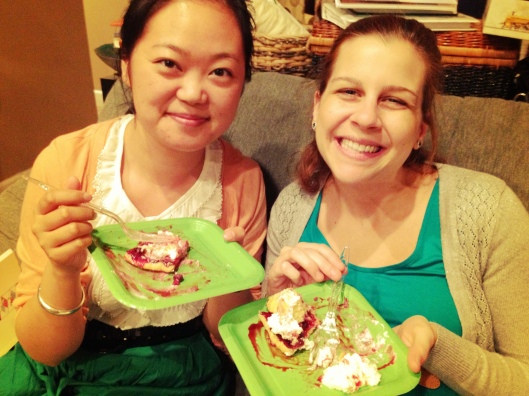 Maybe it’s just cause I’m writing this post from Minnesota, but I can’t help thinking that little berry juice formation in the middle of the pie looks just exactly like Lake Michigan and Lake Superior…right?!! Or am I crazy? 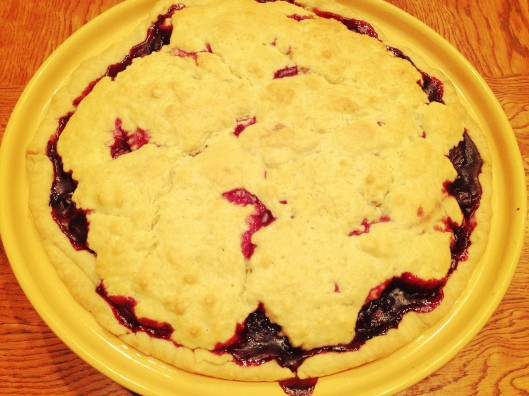 Other highlights of the weekend included an excursion to the Getty Villa in Malibu and a jaunt to Chinatown. It was fun being in Chinatown so shortly after being in China. A bit anticlimactic though, to be serious. 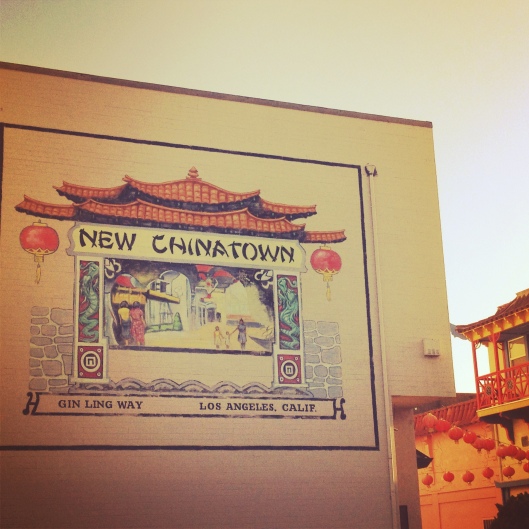 I found the mini pies. I tried the Black Bean variety. It was satisfactory. I’m now a bit interested in figuring out if there is some sort of pie in every culture. Besides bean paste pies and egg tarts (which I had in China) I can think of empanadas, quiches, savory meat pies, pasties, Jamaican patties…Could a samosa be considered a mini pie? Hmm. Will have to consider this further.

Now that it really is summer, I’m making pies much faster than I can post about them. Stay tuned, and–as always–thanks for reading.