I know there are some who would argue, “But California does have seasons…they’re just different!” And they’d be right, technically. But, I must say that the vague, mild “springtime” of southern California is no substitute for the full resurrection glory that East Coasters experience yearly.

My parents are moving to Georgia. This is big news, as I’ve never known them to live in a house other than the one I grew up in. I’m sure most kids are somewhat attached to their houses, but I think I surpassed most. When I was about eight, I took a pencil and drew a square on the wall in my closet and pretended that it was a portal into a secret planet of my own creation. (The continent had several countries, including Girl Land, Starland, and Heartland….Heartland was the most important one, FYI.) Every time I heard rumors that we might move, I would write anxiously about the repercussions of this dreaded idea in my journal…journals…(I went through them pretty quickly.) The gist was that if we moved, some other inferior child would figure out how to enter my secret world!! Oh the indignity.

So now my parents really are moving, it looks like, and this may have been my last visit to the old house. Even though I’ve lived many other places (at least five) since moving out six years ago, it will still be a little bittersweet to hear that this house has been sold. I hope some other little girl can find magic there. 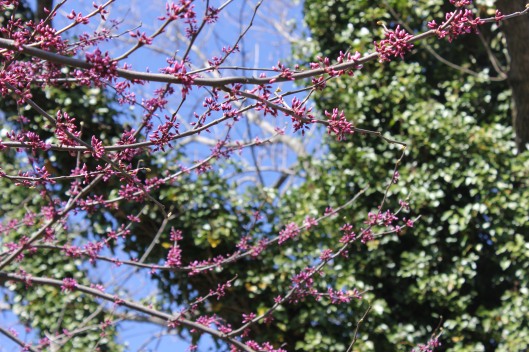 My mom and I made a pie with the last of the frozen raspberries from their harvest last summer. We didn’t need a recipe. We used an olive oil based crust, some honey, nutmeg, sugar, flour, and lemon juice.

Thanks, Mom, for all of the other long-since-eaten pies that have been made on this same little round table! 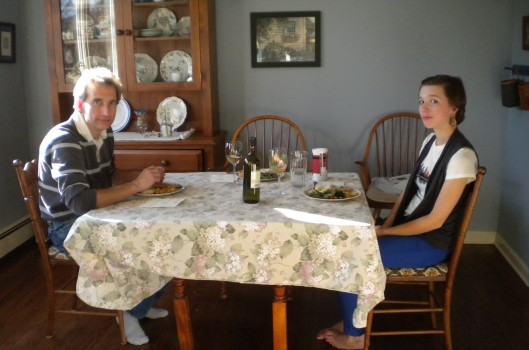 “hadn’t given it much thought

hadn’t been back here for a while

everything looks so small

seen through the memories of a child

who would dream and stare

from that second story window

that was my whole world,

it was all I knew 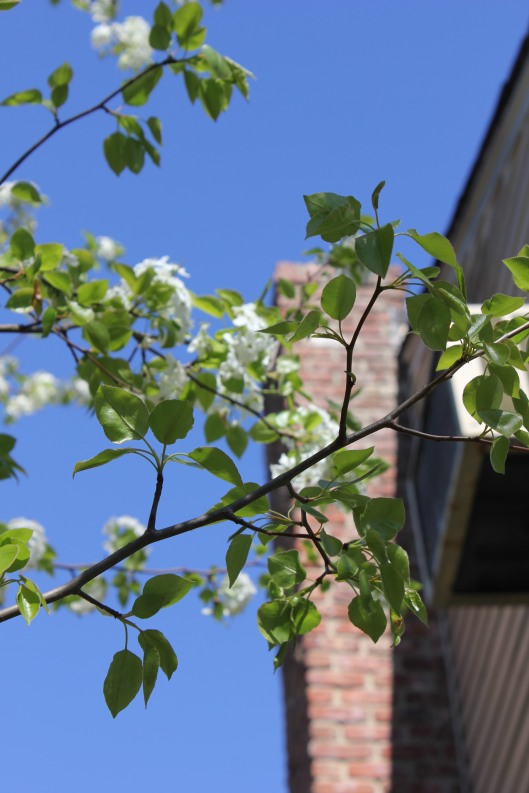