Angel Pie with Berries, Cream, and Custard is the “real” name of the showstopper featured in this blog post, but Dragonfruit Sea Creature Angel Pie is so much more descriptive and enticing, don’t you think? Let me show you how it was done.

First, let’s define “angel pie”. I’m still trying to figure out what the technical difference is between an angel pie and a pavlova…both feature a large meringue base as the main event. From what I have seen, angel pies typically are filled with a cream filling (like my Grandmother’s Chocolate Angel Pie) while pavlovas feature mainly fruit. This particular angel pie is meant to be filled with both whipped cream and fruit and topped with a sweet Creme Anglaise sauce made with lots of egg yolks (genius, when you need so many whites for the meringue!) 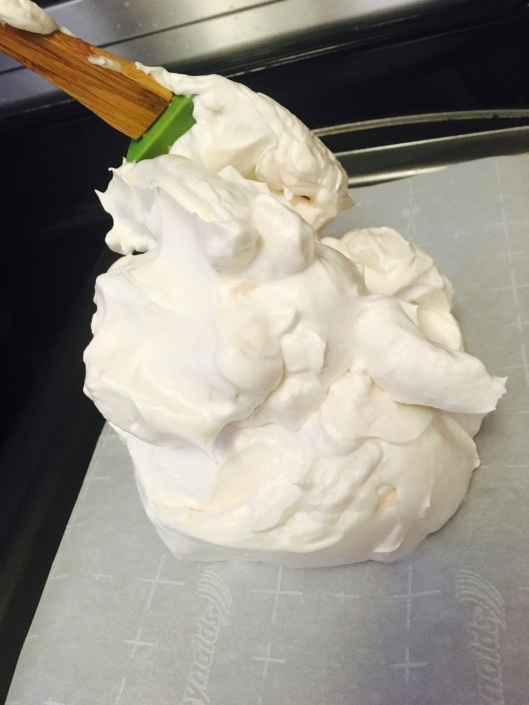 During our 8 month stay in Los Angeles, I only made one “new” pie from Ken Haedrich’s cookbook Pie while AT our apartment (the others were all made during travels). There’s something poetic about an angel pie living on in memory as the pie of the City of Angels.

The meringue is shown above, ready to be baked low and slow. Forming a shape out of meringue, even if it’s just a basic bowl shape, is something I find tricky yet enjoyable. The texture is just so wild. It’s hard to believe that egg, sugar, and cream of tartar can turn into this pliable, bouncy, expansive substance. I also pretended that I was on The Great British Bake-Off while I was preparing this base. Paul Hollywood probably wouldn’t have been pleased with my final product, as there was a slightly visible hairline fracture, but I was pleased enough.

As usual, my biggest pie-making challenge is timing. I rarely leave hours in between stages of baking as suggested, as the need to eat the pie always seems pressing…but I let this base cool as long as humanly possible before filling and decorating.

As far as the decorating, I can take very little, if any, credit. This pie was for our dear friend Matt’s birthday. He had been visiting us in LA for a week and we made the pie on the last night of his stay (which we wished we could extend indefinitely/forever). Matt is one of my top pie sous chefs, a sculptor, and a lover of whales and giant squids, so naturally he set to work carving intricate sea creatures out of dragonfruit purchased from the Japanese market across the way. 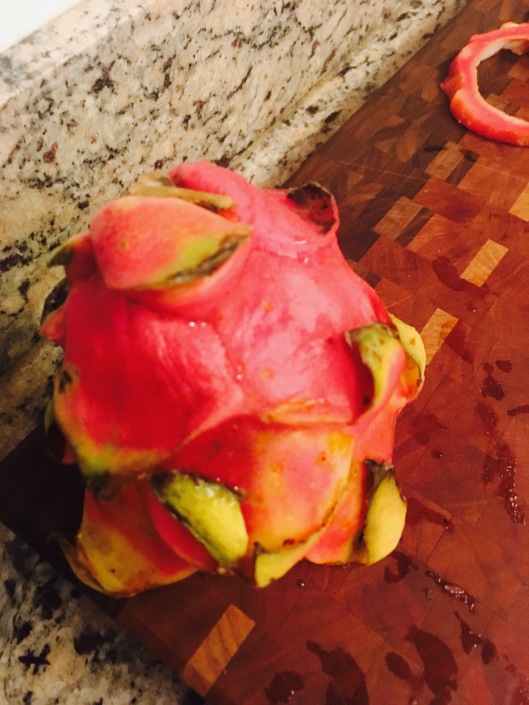 Another artistic touch by Matt…halving blackberries to line the pie’s border. Excellent.

Here we see the pie really coming together–the basin has been filled with homemade whipped cream, waves of berries are crashing from within, extending over the shore, and a dragonfruit sea turtle surfaces for a quick hello. 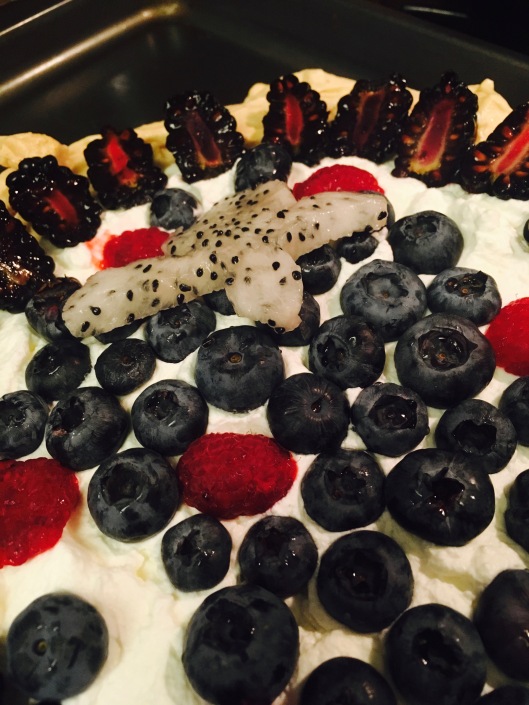 Finished creation featuring four sea creature friends: a whale, a turtle, a seahorse, and a starfish.

I am not embarrassed to report that the four people eating pie that night (I’m not counting the baby-Levi’s mom helped us out, his dad having decided that chocolate ice cream from Salt and Straw was more his speed than Dragonfruit Sea Creature Angel Pie) decided to simply quarter the whole thing and FULLY consumed it in one sitting. All that was left over was some of the Creme Anglaise, which I totally forgot to take pictures of, but which we did enjoy drizzled onto our pie quarters, as well as on Matt’s birthday breakfast pancakes the next morning.

I can’t help but smile every time I think about Dragonfruit Sea Creature Angel Pie. Thanks Matt for the ways in which you light up our life. ❤